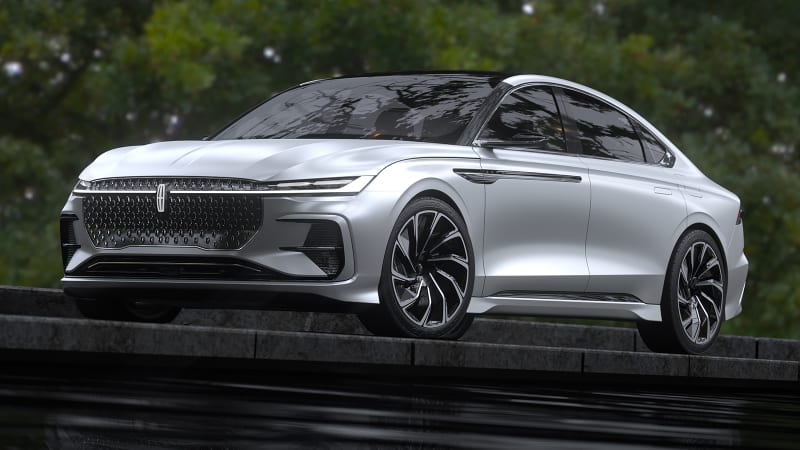 The Zephyr could help Lincoln. The concept car revealed this week at the Shanghai Motor Show is gorgeous and a conversation starter. People noticed Lincoln.

The brand is quick to say the car, officially called the Zephyr Reflection Preview, is only intended for sale in China and what we’re seeing is a concept. In other words, don’t get excited and don’t read too much into the reveal.

Mercedes, Audi and BMW still do pretty well with sedans. So do Lexus and Cadillac. I’m not saying Lincoln should line up three wide against the C-Class, E-Class and S-Class and try to go head-to-head. Just make one car, maybe complemented by a crossover variant, like the Volvo S60 and V60 Cross Country relationship. Tiptoe into the segment. Price it right, make it electric and see what happens.

I’ve argued Chrysler only needs a few models to become relevant again. Lincoln already has more than a few solid models. Lincoln is relevant. The Navigator is the superstar, and the brand has a respectable lineup with attractive design, solid powertrains and clever chassis setups (like the Aviator’s independent rear suspension). Lincolns aren’t more expensive Fords with flashier grilles anymore. Ironically, that’s exactly what the last Zephyr was — a gussied-up 2006 Ford Fusion — that lasted for one year before being renamed the MKZ.

Ford Motor Co., including Lincoln, famously pivoted away from cars. That was a mistake. The Ford brand can compensate with Bronco Sports and Maverick pickups and maybe a crossover-wagon thing that sort of replaces the Fusion. Lincoln could use something beyond crossovers and SUVs.

At this point, you’re probably saying, “Uh, Continental, hello — Lincoln tried this.” In fact, Lincoln has actually sold 768 Continentals this year as it sells off remaining inventory of the now-discontinued sedan.

I’d argue the Continental’s demise wasn’t due to its merits. It’s a pretty good car. It just had the misfortune of launching in 2016 as the market for sedans continued to shrink. The Continental was never going to be a volume play, but the measly sales figures it did achieve didn’t justify its existence, even for a halo car. The Cadillac CT6, the Continental’s domestic rival, met the same fate for the same reasons.

Why would a new sedan fare any better? Lincoln didn’t reveal the powertrain of the prototype, but an electric Zephyr sedan could bring in a whole new customer to the brand. Even Tesla isn’t building or selling that many Model S sedans, but the segment is still viable, as evidenced by the Mercedes EQE and EQS. Stylish sedans, particularly powered by electricity, could make some early adopters rethink their attitudes toward legacy car brands.

Would the Zephyr sedan help Lincoln in the US? https://t.co/NQLsPNkWBD @therealautoblog

The Zephyr name was used on Lincolns from 1936 to ’42 and then in its brief 2006 return. It’s even older than Continental, which was used for the better part of the 20th century before returning from 2016 to 2020. Lincoln Continental is a venerable name, but it doesn’t sound like something you cross-shop with Tesla. Zephyr is so old you probably have no idea it was ever used on a car. It has no baggage. It literally means “a gentle, mild breeze.” Seems like a great name for an electric car that will run quietly most of the time.

The Zephyr Reflection has a dramatic full-length screen for the dashboard and attractive exterior styling that could pass for an Audi. It’s a cool concept, and by now you’re probably arguing that I’m making far too much out of a prototype revealed at an overseas auto show by a company that has already sworn off sedans. That’s fair. Still, think of the Zephyr as an idea. A flashy play for Lincoln, which has put itself in position to take a few risks by getting the foundational things — crossovers and SUVs — right.

VW will seek dieselgate damages from its ex-CEO, ex-Audi boss

James May Checks Out The Lotus Evija