Honda has revealed a new concept at the Shanghai Auto Show, currently under way. Its rather uncreative and strangely punctuated name, Honda SUV e:prototype, describes exactly what it is — an all-electric sport utility vehicle.

With the Honda e electric city hatchback receiving good reviews, it only makes sense that Honda would follow up with a similar concept in a crossover form factor. It’s called an SUV, but in Asia the term encompasses both crossovers and ladder-frame truck-based vehicles (if you’re talking specifically about the latter, you’d say 4×4 or 4WD). And yes, SUVs are overtaking the market in China too. 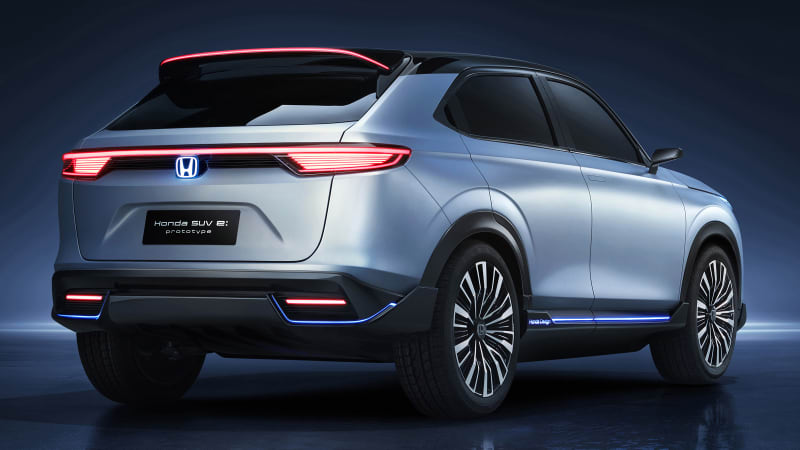 More importantly, Honda has big plans for electrification in China. The company says this show car is the first of 10 fully electric vehicles it plans to introduce there in the next five years.

Honda was tight-lipped about the specs, but it’s an evolution of the Honda SUV e:concept shown in Beijing in 2020. Unlike its predecessor, it has four doors and what appears to be an actual charging port behind the Honda emblem on the nose.

The massive, roadkill-swallowing air intakes are gone, replaced with a sheer surface that features a pair of (probably non-production) LED light strips at the bottom. Those lights wrap around the rocker panels as well. Overall, the styling evokes a slightly fancier HR-V, with a contrasting roof and more chiseled flanks. 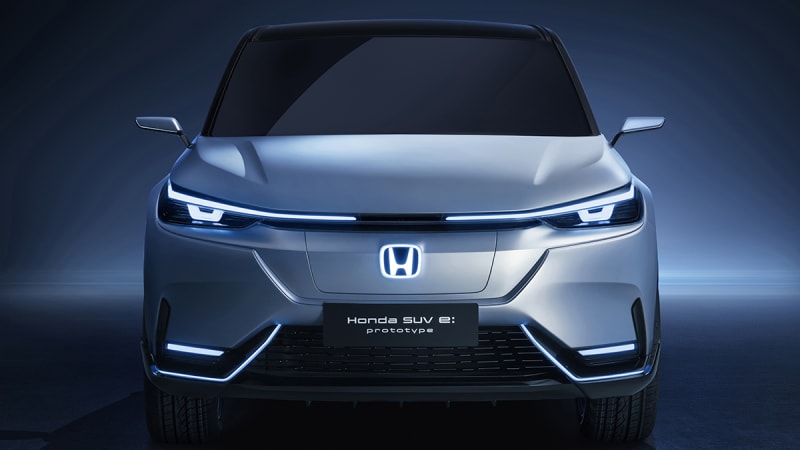 The prototype is equipped with the third-generation of the Honda Connect system. It’s said to depend heavily on voice recognition, and will be able to operate smart home appliances, enable online shopping while driving (!), access vehicle functions via a smartphone, and update software OTA. It updates existing nav and infotainment as well, and will begin rolling out on Honda vehicles later this year.

The SUV e:prototype looks production-ready, and it wouldn’t be surprising to see a roadworthy version soon. We can only hope it will have a name like Honda SUV e:production.